Starting in August 2020 and continuing through to 2025 (the International year of Quantum Science and Technology), Boyle, PLLC will feature a scientist or event notable in the history of the development of quantum mechanics.  For the month of November 2020, Boyle PLLC is pleased to highlight the life of  Norman Foster Ramsey.
Previous and subsequent features can be found here . 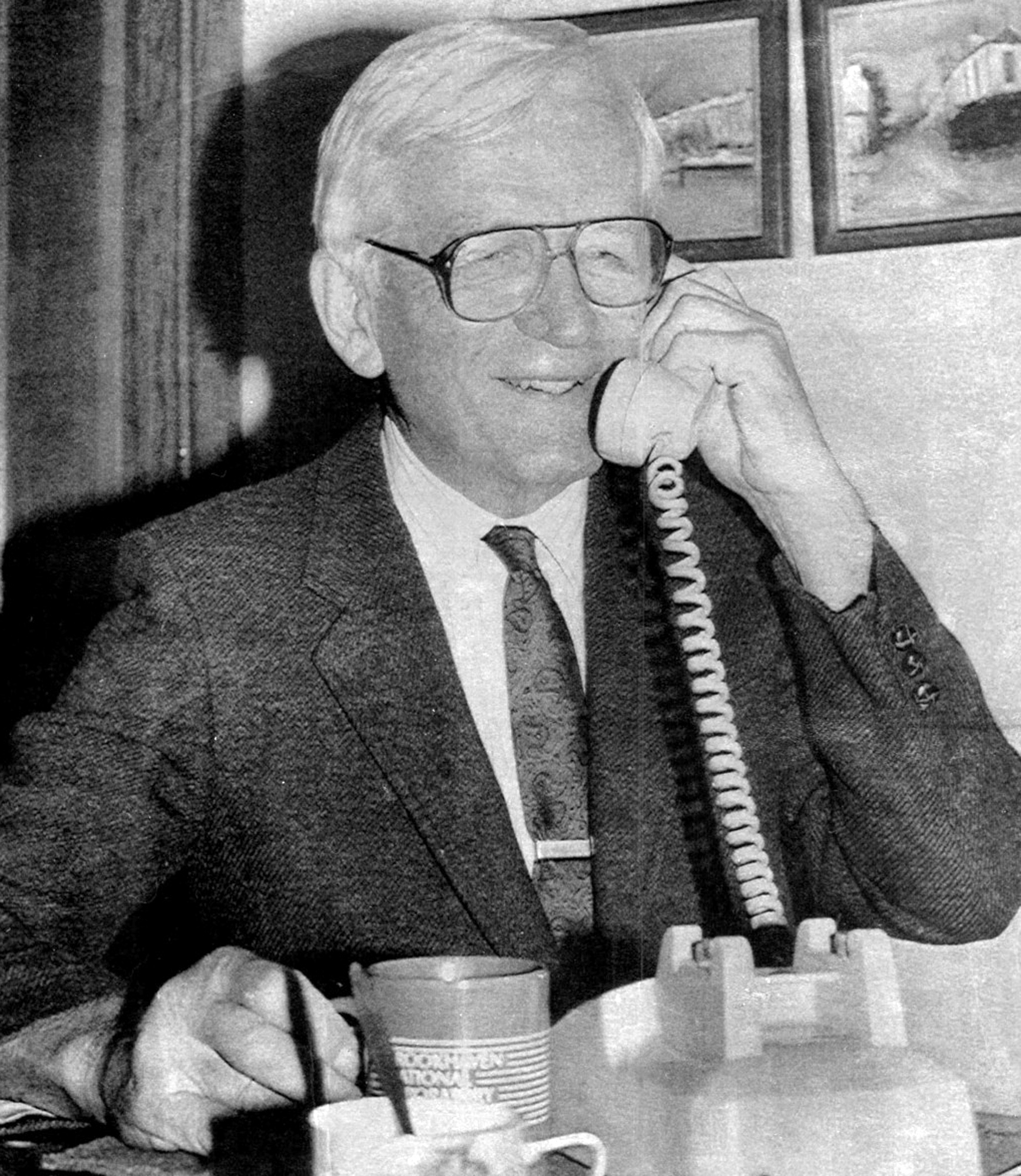 Norman F. Ramsey in 1989, the year he shared the award for the Nobel Prize in Physics.   The prize in 1989 noted Ramsey for "the invention of the separated oscillatory fields method and its use in the hydrogen maser and other atomic clocks."   Photograph: Associated Press

Norman Foster Ramsey Jr. was born August 27, 1915 in Washington, D.C. to Norman Foster Ramsey Sr., an officer in the Army Ordnance Corps,  and Minna Bauer Foster, a former mathematics instructor at the University of Kansas.  In part due to his father's changing assignments in the U.S. Army, and the resulting frequent moves by his family, Ramsey skipped a grade and graduated from high school at 15.  At age 16, being too young to be admitted to West Point and thereby follow in his father's footsteps, Ramsey entered Columbia College in New York City.  Although initially enrolled in the engineering program at Columbia, Ramsey shifted to the mathematics program in order to garner a deeper understanding of nature.

Graduating from Columbia in 1935, Ramsey was awarded a Kellett Fellowship and enrolled as a physics undergraduate in physics at Cambridge University, England.  World-renown physicists were then working at Cavendish Laboratory in Cambridge, including Rutherford  and Dirac .  Upon graduating with a second bachelor's degree from Cambridge in 1937, Ramsey returned to Columbia in order to pursue a Ph.D. in physics studying molecular beams under Isidor Isaac Rabi.

After only a few months working in Rabi's research group, Ramsey was on hand when Rabi invented the molecular beam magnetic resonance method for which Rabi would be awarded the 1944 Nobel Prize in Physics.  This provided Ramsey with a unique opportunity, as a graduate student, to work with Rabi and his research associates in the new field of magnetic resonance, and also allowed Ramsey to share in the discovery of the deuteron quadrupole moment in 1939.

Ramsey obtained his Ph.D. in physics in 1940 from Columbia, and then studied neutron-proton and proton-helium scattering as a Carnegie Institution Fellow in Washington, D.C., marrying Elinor Jameson in the summer of 1940.   From Washington, D.C., Ramsey accepted a teaching position at the University of Illinois at Urbana-Champaign.  In late 1940, however, due to the wartime hostilities in Europe, Ramsey went to work at the MIT Radiation Lab, recruited by Rabi.  There, as a group leader, Ramsey oversaw the development of microwave-based radar.  Indeed, the Northrop P-61 Black Widow, the first operational night-based U.S. fighter aircraft, was engineered to take advantage of the new microwave-based radar.  In 1942, Ramsey moved to Washington, D.C. as a radar consultant to the Secretary of War, and in 1943, Ramsey went to Los Alamos, New Mexico, to work on the Manhattan Project.

After World War II, Ramsey returned to Columbia as a professor.  In addition to pursuing further research using molecular beams, Ramsey, together with Rabi, took steps to establish Brookhaven National Laboratory, and in 1946, Ramsey became the first head of the Physics Department at Brookhaven. Ramsey moved to Harvard University in 1947, where he would remain for 40 years with the exception of visiting professorships at Middlebury College, Oxford University, Mt. Holyoke College and the University of Virginia.

At Harvard, in 1949, Ramsey sought to improve the spectral resolution of molecular-beam measurements, which would ordinarily require improving the uniformity of an applied magnetic field along the entire path of the molecular beam—a formidable task. It was then that Ramsey recalled a lesson about the Michelson stellar spectrometer from his time in the physics lab at Cambridge. An instructor at Cambridge, P.I. Dee, had shared with his students the following trick: if the resolution of a reflecting telescope is not sufficient to resolve whether a distant stellar object is a single or double star, then one can paint the middle of the mirror black; the resulting image will be fainter—but will be nearly twice as sharp.  Reflecting upon this trick, Ramsey found an analogy his molecular beam apparatus.  Rather than trying to generate an extremely uniform field over a long distance, Ramsey used a short coil to apply an oscillating field as atoms enter the magnetic field and a second short coil to apply an oscillating field as the atoms exit the magnetic field.  With the new technique, Ramsey found the spectral resolution of his molecular-beam measurements to be nearly twice as sharp than that of a single oscillating field applied over the total path using one long coil.  It was the invention of this technique, referred to as the separated oscillatory fields method, that Ramsey would share in the award of the 1989 Nobel Prize in Physics.

Although Ramsey retired from Harvard in 1986, he remained active in physics.  Ramsey worked for a year as a research fellow at the Joint Institute for Laboratory Astrophysics (JILA) at the University of Colorado, and continued visiting professorships at the University of Chicago, Williams College and the University of Michigan.  Ramsey's first wife, Elinor, died in 1983, after which he married Ellie Welch. Ramsey died on November 4, 2011 in Wayland, Massachusetts.